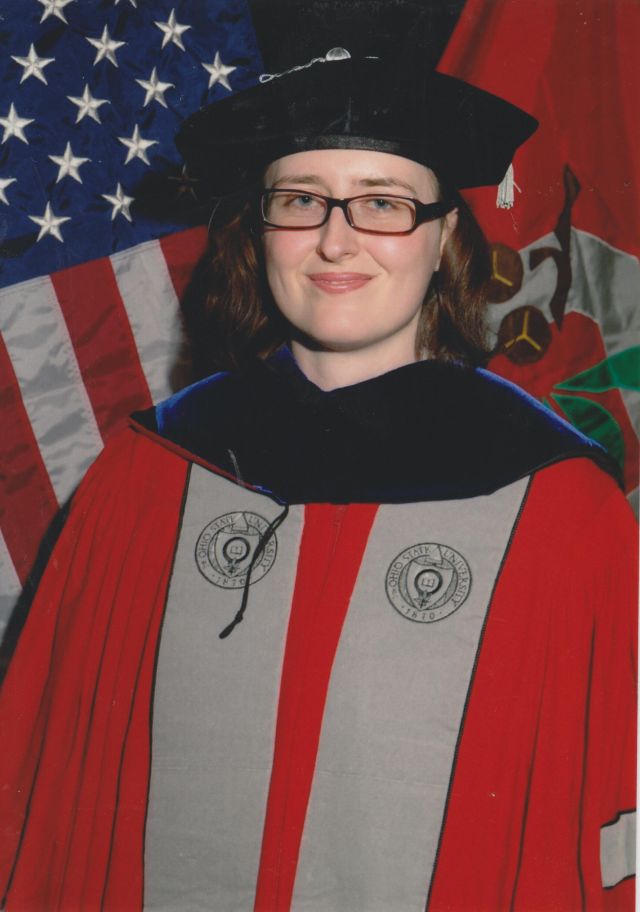 I recently asked my husband Mark what he saw as my worst financial mistake.

He thought about it for a second, and then said, “That time you bought $200 worth of nuts!”

Wait a second. I found raw almonds and cashews for $4.99 per pound – a freakin’ amazing deal!

So good that I bought every last nut the store had.

My four year old was entertained for ten minutes by scooping all the nuts into bags. And none have gone stale  – so take that, Mark!

But I wish that my nut addiction was my worst financial decision.

It wasn’t by a long shot.

And what I did cost me much more than money – I buried the second half of my twenties into the ground.

May they rest in peace.

I finished my Master’s degree in aerospace engineering in Canada at the age of 24.

Two weeks later, I started my biomedical engineering Ph.D. in the United States.

The field seemed interesting and I received a full stipend and paid living expenses.

But a couple of years or so into the Ph.D. program, I started to feel that something was wrong.

How did I know that?

It could be the times Mark picked me up and I couldn’t speak or move. I was too numb to even cry.

Or it could be the times when I clutched onto a leaf while walking home from the lab just to feel something alive – because I felt that I wasn’t living.

I secretly envied people in prison because at least their minds were free.

And yet I kept grinding through for almost three more years.

I often worked 70 to 80 hour weeks, especially towards the end.

I did much of my work kneeling on the floor of a hospital storage closet due to the impracticality of transporting a large medical device back and forth from a lab elsewhere on campus. Oh, sweet luxury!

And I spent a number of weekends helping with my Ph.D. advisor’s research study where I did MRI scans of dog hearts – while veterinary researchers blocked the dogs’ heart vessels until they died.

Then I would scrub dog blood from an MRI machine at wee hours in the night.

So why the hell did I put up with this? Why didn’t I just leave, as multiple other students who joined the lab after me did?

I was afraid that quitting meant that I failed, and that I might as well tattoo the word “FAILURE” across my forehead for life.

In my mind, I saw fictitious job interviews where I was drilled about why I settled for a Master’s and failed to follow through on the Ph.D. The imaginary interviewers would say, “Is this the kind of person we want on our team?”

My twenty-some year old self really bought into this bullshit.

When we let fear guide us, we rarely end up where we want to be.

I was also too burned out to lift my head above water and ask silly questions like, “What do I want out of life? Why am I doing this? Are there other options?”

When we’re exhausted and in the grind, whether that’s graduate school or an unfulfilling job, it’s easy to just keep drifting along.

Over the years, I have seen a number of people who badly wanted to change jobs or careers, but were too mentally exhausted to search for other options.

And an excuse would always crop up, such as “Now’s a bad time because I just bought a new house”.

The best excuse I’ve heard was – and this is real – “I’d love to update my resume, but I’m busy transferring my mom’s VHS tapes onto DVD”.

But life doesn’t stop and wait for us to find the “perfect moment”.

If we don’t make a conscious decision to make the time and space to explore, we may sacrifice many beautiful years of our lives – as I did.

BEING TRUE TO OURSELVES

When I eventually finished my Ph.D., I felt like the weight of a tanker had lifted from my chest.

I had built some savings even on my modest stipend, and was in no rush to get a job immediately.

It took me a few months to stop having nightmares and waking up in cold sweat – but after that, I experienced one of the most joyous periods of my life. I would wake up at 5:30 a.m. so I wouldn’t miss any of it.

I ran a half marathon, learned to paint, wrote daily, spent time with friends, and learned about finance and economics. I never turned on the TV.

Pursuing a Ph.D. – or any particular career – isn’t for everyone. Some people enjoy studying a singular research problem for years, becoming an expert on it and writing scientific papers about it – while others, like me, would rather chew our own leg off to get out of a bear trap because at least then we’d be free.

Financial Samurai did a great job of laying out the pros and cons of a Ph.D. degree while he was trying to decide whether to get one (spoiler alert: he didn’t go for it!).

The point is to know ourselves and be ourselves. We get into trouble when we act out of fear of failure or because we’re seeking approval and recognition.

I found that trading a part of my twenties to be called “Dr. Jekic” was a shitty bargain.

I’ve rarely made life decisions with money as the deciding factor, and that’s not likely to change. But I was curious about my opportunity cost – specifically, how much more money I’d have if I started working right after my Bachelor’s vs. spending two years getting my Master’s and an additional five years getting my Ph.D.

According to payscale.com, the median salary of an entry-level aerospace engineer is $73,595. Getting this median entry-level salary should have been doable because I was near the top of my class.

The result: having an extra $330,500 sitting around after 7 years! But an even bigger impact would be to leave the money invested during a “typical” 30-year working career. With no additional contributions after year 7, the amount would have grown to over $1.5 MILLION in 23 years!

Whoa! Graduate school was more expensive than I thought – and that’s on a full stipend, with tuition AND living expenses paid for.

But what about all that money I’d be making after I graduated?

A Ph.D. does provide a modest increase in lifetime earnings over a Master’s Degree – about 7% in Engineering. But we’re getting started late with saving and investing. The time value of money works powerfully against us.

I didn’t know whether to laugh or cry when I read this statement from an article in The Economist: “In some countries, such as Britain and America, poor pay and job prospects are reflected in the number of foreign-born PhD students. Foreign students tend to tolerate poorer working conditions, and the supply of cheap, brilliant, foreign labour also keeps wages down.”

What I do know is that I never want to be an indentured servant again. After graduating, I switched direction entirely and started doing what I wanted to do in life.

Once we’ve tasted the joy of freedom, we never want to go back.

I have no desire to rack up debt buying a bunch of possessions, and being stuck in a job to pay the bills long after that job has become unfulfilling.

My Ph.D. has taught me valuable lessons that would serve me for life – such as that putting fear in the driver’s seat is a recipe for a rough ride.

We may pretend that everything is okay for a while, but if we’re not being true to ourselves, dissatisfaction will build. Here are a few ideas for dealing with it:

The Nobel Prize in Psychology, here we come! Okay… maybe not.

But how about clearing away distractions and making the time to explore what we’re drawn to.

Having the courage to ask the uncomfortable questions about who we are and what we want out of life.

Opening our hearts and minds to new ways of seeing the world.

And embracing the joys and the pains of the path less traveled – fully present and vibrantly alive.