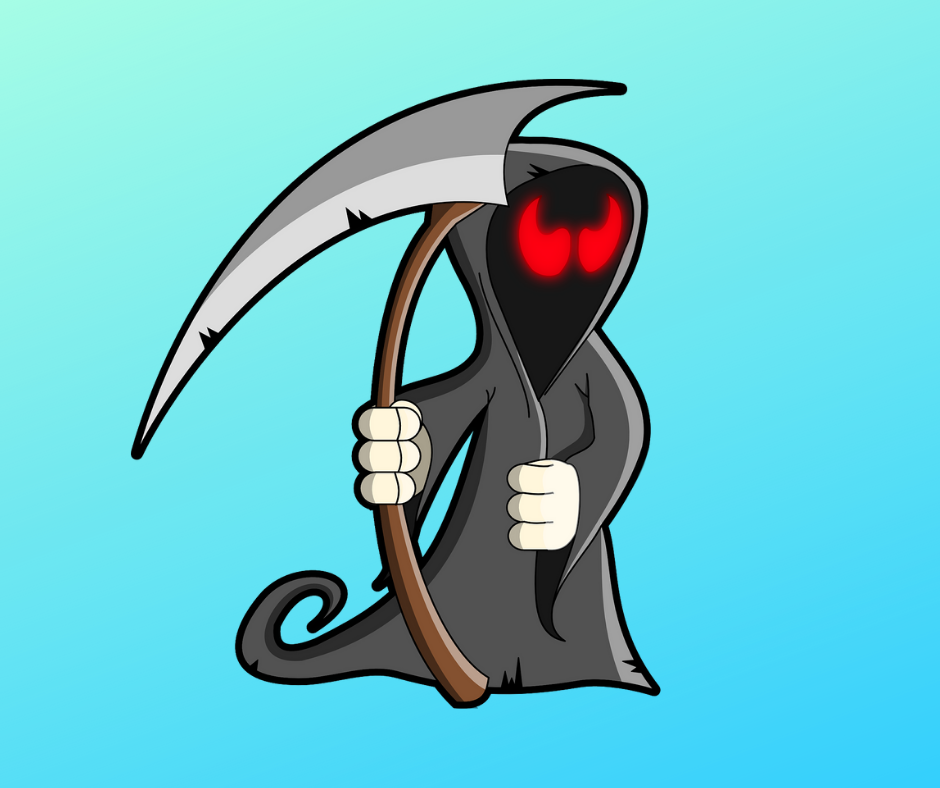 Here’s the scary reality: Most of us will live check-to-check and in debt until we retire in old age and poor health to watch soap operas.

I know that’s exactly what you’ve dreamed of.

After we die, the creditors get first dibs on any estate we left behind, leaving our family to get the remains.

The most common kind of debt we carry into the grave is credit card debt, followed by mortgage debt and outstanding auto loans.

So why do we fall short on paying off our credit cards?

Why are we dying in bank-owned houses?

MORE POSSESSIONS, BUT NO HAPPIER

Things that weren’t around in 1950 – such as home computers, the internet, cell phones and microwaves – are now accessible to nearly everyone.

At the same time, the average number of family members living in the household has decreased from 3.5 to 2.5 – so we have more personal space than ever.

And with mind-boggling breakthroughs in medicine, we’ve added 10 years to our life expectancy, from 68 to 78 years.

We must be so much happier!

The reported happiness over time in the United States has not risen since 1950.

But we have gained something: Debt. We have a staggering 10 times more consumer debt than in 1950 – and that doesn’t even include real estate debt!

As we started buying increasingly larger houses since 1950 with lower down-payments, we also gained an appetite for filling them with more and more possessions.

Keeping up with the Jones’s reared its ugly head.

But our consumerism wasn’t financed on credit until the 1970’s – when credit cards became widely available. Prior to 1970, credit card debt was virtually non-existent.

And as for new cars, our love affair is only gaining steam. According to Experian, we set new records in 2016:

It’s no wonder that GM and Ford alone spent $6 Billion to advertise to us in 2016 – car ads work.

So we’re more indebted and no happier.

Are there some lessons here?

What did the generation that’s now dying in debt believe?

It didn’t – because possessions exist outside the realm of happiness. They don’t bring lasting joy and meaning – at best they can be tools, but often act as distractions.

If we chase the same things as the previous generation, we may spend decades in careers we don’t enjoy to pay for all this stuff. According to Gallup, over 70% of us are dissatisfied and unfulfilled with our jobs – but have to earn a certain income to finance our lifestyle.

Trading our dreams and freedom for material possessions seems like a sloppy rotten deal.

WHAT CHOICES ARE YOU MAKING?

Those who are passing away now are taking their choices to the grave. But you and I are alive, kicking, and ready to make the most of our precious lives.

So what are you doing today or this week to live the life you want? Are you on the right path to reach your goals?

And here’s the million dollar question: Do your goals come from who you are, or from advertised images of what you should want?

You’re a unique person. There never has been and never will be anyone exactly like you.

Whether you realize it or not, you have unique gifts and talents that need a chance to be fully expressed.

Tapping into them connects you to personal meaning, joy, passion, and purpose – and making a positive impact on others.

The path to meaning and self-expression is not always smooth. There can be lots of trial and error, zig zags and turns. We make mistakes along the way and grow from them.

Following this path doesn’t mean quitting our jobs this afternoon to see where the whimsical winds take us.

But ultimately, putting ourselves out there and using our talents is the best way to discover who we are.

And we need breathing room to do so.

Let’s face it: if we’re shackled by debt and a mountain of possessions, our time is largely spoken for. We have to spend our precious time working to pay for and maintain objects that are supposed to serve us.

That seriously cuts into the time we have for self-discovery and personal growth.

We become forced to “put our nose to the grindstone” and live someone else’s dream instead of our own.

THE TOP FIVE REGRETS OF THE DYING

I wondered what someone dying with consumer debt feels like.

Do they feel like they won by consuming more than they earned?

Do they think, “I had to live this way – it’s what everyone does.”?

Or do they wish that they dropped some of the burdens they carried, like debt, obligations and keeping up with the Jones’s – and traveled lighter through life?

That they had more freedom and time, and took more chances?

So I found the work of a palliative nurse, Bronnie Ware, called “The Top Five Regrets of the Dying”.

Be true to yourself.

Speak what’s in your heart.

Let’s do it together.

Start today with our FREE “From Values to Freedom” Worksheet to help you explore your deepest values and gain greater freedom in life.